What are Japanese beetles?

Japanese beetles are an invasive insect found in both rural and urban areas throughout Indiana and the Midwest. They feed on over 400 different species of plants and are most damaging to lawns, trees, flowers, fruits, and gardens in the modern landscape.

How do they form?

Grubs lay eggs in lawns and turf during the summer and feed on soil, thatch, and grass roots. The grubs remain during the winter, complete growth in the Spring, and emerge mid-summer around June. Any landscape can also attract adult beetles without the presence of grubs due to their ability to fly long distances. Adult beetles can also fly up to 2 miles to feed on plants and lay eggs.

When are they most active?

Adult beetles are most active mid-June through August. This is when you will see injury to foliage and flowers on plants. Grubs can significantly damage lawns and turf during their feeding season as well.

How do you identify them?

Japanese beetles are approximately ½ inch long and are metallic green and bronze in color with a row of white hairy tufts along each side of the body. Their grubs have a soft light-colored c-shaped body with a light brown head. Japanese beetles feed on the tissue of leaves, leaving behind skeleton like leaves with the veins still intact. They also completely devour the buds, flowers, and fruits of plants. Brown, dying patches in your lawn that can be rolled back or lifted like carpet is a sure sign of grub damage.

How do you treat for Japanese beetles?

There are several strategies for treating these pesky invaders! For grubs, you can apply a preventative (May-July), early curative (July-August), or late curative (August-November). Timing for treating grubs is key. If you treat when the grubs are too small or too big, it will not be effective. The history of grub presence and density of grubs will help determine the best approach.

During the adult flight period, ornamental plants should be treated with an insecticide before damage is intolerable, but beetles are abundant. Typically, two treatments are best during peak season, June through September. Trap bags are actually counter intuitive to your goal of ridding your landscaping of Japanese Beetles as they actually attract beetles from neighboring properties. 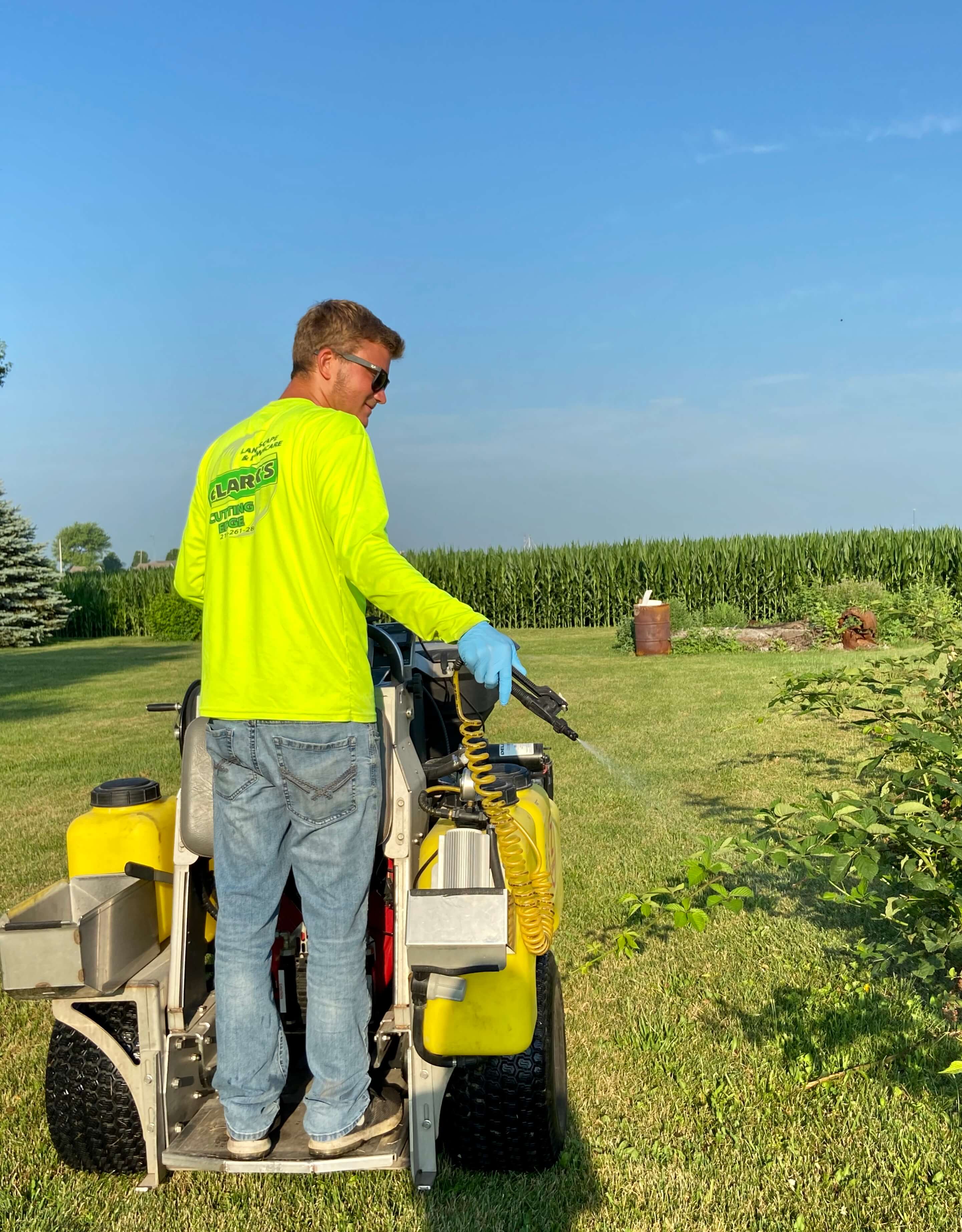 For more information or help treating your property for Japanese Beetles, call us today at (219) 261-2861 or email us at office@clarkscuttingedge.com.

Purdue University Extension and Entomology is also another great resource! Japanese Beetles in the Urban Landscape

There are currently no comments for Don’t Let Japanese Beetles Get the Best of Your Plants This Year!.